President Obama will be handed the power to shut down the Internet for at least four months without Congressional oversight if the Senate votes for the infamous Internet ‘kill switch’ bill, which was approved by a key Senate committee yesterday and now moves to the floor. 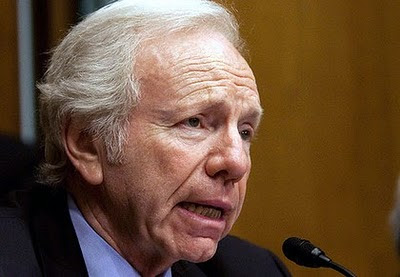 The Protecting Cyberspace as a National Asset Act, which is being pushed hard by Senator Joe Lieberman, would hand absolute power to the federal government to close down networks, and block incoming Internet traffic from certain countries under a declared national emergency.

Despite the Center for Democracy and Technology and 23 other privacy and technology organizations sending letters to Lieberman and other backers of the bill expressing concerns that the legislation could be used to stifle free speech, the Senate Homeland Security and Governmental Affairs Committee passed in the bill in advance of a vote on the Senate floor.

In response to widespread criticism of the bill, language was added that would force the government to seek congressional approval to extend emergency measures beyond 120 days. Still, this would hand Obama the authority to shut down the Internet on a whim without Congressional oversight or approval for a period of no less than four months.

The Senators pushing the bill rejected the claim that the bill was a ‘kill switch’ for the Internet, not by denying that Obama would be given the authority to shut down the Internet as part of this legislation, but by arguing that he already had the power to do so.

They argued “That the President already had authority under the Communications Act to “cause the closing of any facility or station for wire communication” when there is a “state or threat of war”, reports the Sydney Morning Herald.

Fears that the legislation is aimed at bringing the Internet under the regulatory power of the U.S. government in an offensive against free speech were heightened further on Sunday, when Lieberman revealed that the plan was to mimic China’s policies of policing the web with censorship and coercion.

“Right now China, the government, can disconnect parts of its Internet in case of war and we need to have that here too,” Lieberman told CNN’s Candy Crowley.

While media and public attention is overwhelmingly focused on the BP oil spill, the establishment is quietly preparing the framework that will allow Obama, or indeed any President who follows him, to bring down a technological iron curtain that will give the government a foot in the door on seizing complete control over the Internet.

As we have illustrated, fears surrounding cybersecurity have been hyped to mask the real agenda behind the bill, which is to strangle the runaway growth of alternative and independent media outlets which are exposing government atrocities, cover-ups and cronyism like never before.

Indeed, China uses similar rhetoric about the need to maintain “security” and combating cyber warfare by regulating the web, when in reality their entire program is focused around silencing anyone who criticizes the state.

The real agenda behind government control of the Internet has always been to strangle and suffocate independent media outlets who are now competing with and even displacing establishment press organs, with websites like the Drudge Report now attracting more traffic than many large newspapers combined. As part of this war against independent media, the FTC recently proposing a “Drudge Tax” that would force independent media organizations to pay fees that would be used to fund mainstream newspapers.

-------
Commentary: Joe Lieberman. "Evil Joe". Lieberman has this almost satanic ability to radiate evil and to always, always, be right in the middle of most, if not all, the really ugly and evil plans the Empire is cooking up for the rest of us. In the same vein as Kissinger, Perle or Dershowitz, Lieberman is a living caricature of the "evil Jew" of the Nazi propaganda. Why is that? Why do these guys go out of their way to match the most extreme anti-Jewish stereotypes? I just don't get it...