The bill included around 128 billion dollars for the wars in Afghanistan and Iraq, according to a Congressional Budget Office estimate. 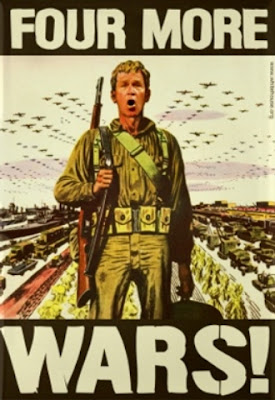 The legislation passed by 92 votes to three after Democrats lost several attempts to dictate US troop levels in Iraq.

While the Department of Defense Authorization bill for fiscal year 2008 sets the size of programs, funds can only be disbursed after the passage of a Senate defense spending bill due to be taken up by the chamber this week.

The most significant Iraq related portion of the bill was an amendment backed by Democratic Senator Joseph Biden which passed last week, calling for a federalization of Iraq, with large amounts of power ceded to the provinces.

The amendment was however non-binding and will not force Bush to change strategy in the unpopular war.

Democrats failed by only four votes to include an amendment which would require troops who served in Iraq or Afghanistan to be granted as much time at home as they spent on combat deployments.

The bill would have effectively limited the number of troops available for deployment, and cut the size of the 160,000 strong US force in Iraq more quickly than the gradual reductions which Bush has promised.

The House of Representatives has already passed its version of the Defense authorization.
-------

Note: this bill funding the Imperial wars of aggression was passed quasi-unanimously even though a majority of Americans oppose funding these wars. This is yet another illustration of the undeniable reality that Americans do not live in a democracy but are ruled by a Soviet-style Nomenklatura which does not care in the least what the people of the US want. While Bush's approval rating stands at 33% the Congress' is at an amazing 29%, even lower than Dubya's. So we can say that roughly one third of Americans really support the Empire while a full 70% do not. These 70% have no political party to represent their interests and no media (other than on the Internet) to echo their concerns. They are as disenfranchised as any other oppressed peoples in history.