Land of the Free?

I've noticed what may be a new phenomenon in the Israel-Palestine debate as it plays out in the US. I call it pre-emptive censorship. A number of non-Jewish organisations have denied supposedly controversial speakers or organisations the right to speak or perform due to the anticipated reaction of the local Jewish community.

It's one thing for pro-Israel groups to protest, as they did when Columbia University extended a speaking invitation to Mahmoud Ahmedinejad or when Barnard College approved tenure for a supposedly anti-Israel professor, Nadia Abu el-Haj. At least there was an actual protest that came in the midst of, or after, the supposedly controversial activity.

But in the case of the postponed New York performance of My Name is Rachel Corrie, a cancelled Chicago appearance of Stephen Walt and John Mearsheimer, a cancelled concert by Marcel Khalife in San Diego, and a cancelled speech by Archbishop Desmond Tutu in Minneapolis, the hosts nixed the appearances before there was any protest. And they cancelled because of an anticipated response from the Jewish community which they had no reason to know might ever happen. This to me seems absolutely pernicious to open political debate about the Israeli-Palestinian conflict.

Last year, the successful London show My Name is Rachel Corrie was to transfer to the US in a New York Theater Workshop production. Then inexplicably, theatre management told the producers they needed a delay. They felt the New York audience needed "preparation" and "context" in order to appreciate the issues involved in the drama. Without further educational work, they didn't feel the community was prepared to give the play the reception it deserved. The English producers saw this as a cop-out and withdrew the rights from NYTW and transferred them to others who mounted a New York run. When asked why he chose not to put on the play according to his contract, the NYTW director said he'd approached a Jewish board member and "colleagues of colleagues" who had expressed reservations about the play; but that he hadn't contacted anyone in the organised Jewish community or anyone with any expertise on the issues. Another example of pre-emptive censorship. 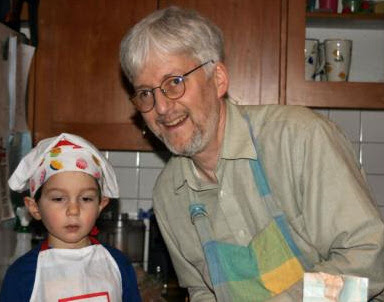 In San Diego, the local al-Awda chapter planned to host a Marcel Khalife concert this month at the Joan Kroc Theater. The theatre was established by a $27-million gift to the Salvation Army from Joan Kroc, the widow of McDonald's founder Ray Kroc. Theatre personnel assured the al-Awda representatives for months that their rental of the hall was guaranteed but then two days before the contract signing the Salvation Army cancelled the concert without any explanation.

During subsequent discussions, the Salvation Army said it cancelled because it viewed al-Awda, a pro-Palestinian group which advocates full implementation of the right of return for Palestinian refugees within Israel, as "divisive" and "unbalanced". Captain John Van Cleef also volunteered, according to the Al Awda representatives I spoke with (though denied by Van Cleef himself), that he might approve the concert if Khalife were to perform with an Israeli musician. The captain also told the group that he feared a hostile reaction by the local Jewish community.

I wondered whether the local Jewish community had actually communicated with the Salvation Army staff about this, but it appears that they had did not. So here we have a case in which the Salvation Army is so frightened by an anticipated reaction - which they have no way of knowing will actually happen - that they cancel an event to avoid even the possibility of fractiousness. The Khalife concert moved to a different local venue and was sold out.

This reminds me of the Pavlovian response - when you ring a bell and feed an animal long enough if you ring the bell but do not feed it, it will salivate despite the absence of food. Similary, the Israel lobby has so conditioned American organisations to its wrath that the latter won't even touch certain speakers for fear of stirring it once again.

The University of St Thomas in Minneapolis invited Nobel laureate Desmond Tutu to speak on campus. Campus administrators for some reason decided they needed to vet the speaker with the local Jewish Community Relations Council (the public affairs arm of the Jewish community). The JCRC told the university that Tutu was anti-Israel and that he had made comments "hurtful" to Jews.

David Goldberg has already discussed the details of this case in an article for Comment is free, but it's worth pointing out that the JCRC denies it asking the university to cancel the speech. Apparently, university administrators did so pre-emptively to avoid any possible conflict if the speech went ahead. Which brings us back to the phenomenon of pre-emptive censorship.

After the cancellation, organisers of Tutu's local visit arranged for him to speak at St Paul's Metropolitan State University. 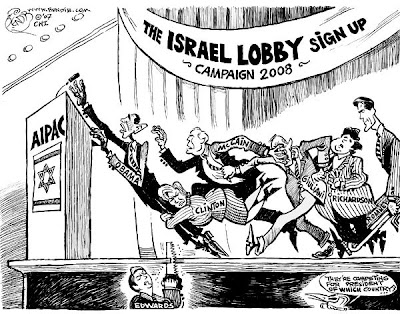 Earleir this year, the Chicago Council on Global Affairs scheduled Stephen Walt and John Mearsheimer to speak about their then upcoming new book, The Israel Lobby and US Foreign Policy. Mearsheimer, who teaches at the University of Chicago, had spoken previously many times for the council. But this time, after the event had been scheduled, director Marshall Bouton called him last July and told him that he was cancelling it because it was too controversial. They could only speak if joined by their most virulent critic, Abe Foxman (who was unavailable on the date of the scheduled event).

Mearsheimer told me he isn't aware of any other previous talk that has ever been cancelled by the council for this reason. I asked him, when we spoke, whether he thought the local Jewish community exerted any influence on the decision. He did not know the answer, but noted that the council's board includes powerful members of the local Chicago Jewish community - among them Lester Crown, its chair, Michael Moscow, a Federal Reserve Bank governor, and Leah Zell Wagner, daughter of Sam Zell, owner of one of the largest real estate empires in the US. A Chicago Tribune story paraphrases Bouton as claiming "neither council board members who are Jewish nor pro-Israeli groups influenced his decision or pressured him.".

Here is how Mearsheimer characterised the incident:

"The bottom line is that preventing us from speaking before the council is not the way we are supposed to be conducting public debate on important issues in the United States," Mearsheimer said.

Even if Lester Crown or the other Jewish board members didn't say a word to Marshall Bouton, the latter isn't stupid and knows how controversial the Walt-Mearsheimer book has been among wealthy pro-Israel donors to groups like Aipac and the Anti-Defamation League. Either Bouton pre-emptively cancelled the speech because he knew his patrons would be angry, or his patrons made their views known and Bouton acted on them. Either way, the decision is a noxious violation of the norms of open discourse about the Israeli-Palestinian conflict.

The council has said it still wishes to do a programme with Walt and Mearsheimer - though they have declined to appear with Foxman because he has called them "anti-semites". They note that many previous controversial council speakers have not been forced to share a programme with their most vehement critic.

Another scheduled Walt/Mearsheimer programme in New York was also cancelled when Jewish Forward editor, JJ Goldberg declined an invitation to moderate a programme with them saying he disagreed too much with the book to do so.

Meanwhile, The Israel Lobby has ranked as high as 12 on the New York Times bestseller list and 10 in the Amazon list, and the authors plan a European tour to promote the book.

When Israel lobby defenders respond to the censorship issue they point out that the victims of lobby pressure often benefit from controversy stirred up. But that misses the point. In a fair, reasonable and tolerant world none of these victims would have to expend the enormous energy needed to combat the campaigns against them.

Liberal Jewish bloggers who report on these outrages understand that the Israel lobby retains enormous reach in its ability to pre-empt speech and manipulate the public debate. But our conviction is that the more these incidents see the light of day, the more the power of the lobby to stifle debate will wane. So far Goliath is still king of walk. But someday he will be felled by the giant's own hubris.

Richard Silverstein runs Tikun Olam, a peace blog dedicated to a negotiated resolution of the Israeli-Arab conflict. He also created Israel Palestine Blogs, an aggregator of 50 peace blogs written by Israelis, Palestinians, American Jews, Arab Americans and Lebanese. He earned a Bachelor of Hebrew Literature degree from the Jewish Theological Seminary and an MA in Hebrew Literature at UCLA. He served as a communal fundraiser at Jewish federations in New York and California, and Brandeis University. He also worked as administrator of a Los Angeles Reform temple. He has been a proponent of Israeli-Arab peace since 1968, and currently lives in Seattle with his wife and three children.