While terrorists can wound and disrupt our democracy, only we can kill it 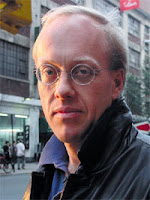 A Dallas jury, a week ago, caused a mistrial in the government case against this country’s largest Islamic charity. The action raises a defiant fist on the sinking ship of American democracy.

If we lived in a state where due process and the rule of law could curb the despotism of the Bush administration, this mistrial might be counted a victory. But we do not. The jury may have rejected the federal government’s claim that the Holy Land Foundation for Relief and Development funneled millions of dollars to Middle Eastern terrorists. It may have acquitted Mohammad el-Mezain, the former chairman of the foundation, of virtually all criminal charges related to funding terrorism (the jury deadlocked on one of the 32 charges against el-Mezain), and it may have deadlocked on the charges that had been lodged against four other former leaders of the charity, but don’t be fooled. This mistrial will do nothing to impede the administration’s ongoing contempt for the rule of law. It will do nothing to stop the curtailment of our civil liberties and rights. The grim march toward a police state continues.

Constitutional rights are minor inconveniences, noisome chatter, flies to be batted away on the steady road to despotism. And no one, not the courts, not the press, not the gutless Democratic opposition, not a compliant and passive citizenry hypnotized by tawdry television spectacles and celebrity gossip, seems capable of stopping the process. Those in power know this. We, too, might as well know it.

The Bush administration, which froze the foundation’s finances three months after the Sept. 11, 2001, terrorist attacks and indicted its officials three years later on charges that they provided funds for the militant group Hamas, has ensured that the foundation and all other Palestinian charities will never reopen in the United States. Any organized support for Palestinians from within the U.S. has been rendered impossible. The goal of the Israeli government and the Bush administration—despite the charade of peace negotiations to be held at Annapolis—is to grind defiant Palestinians into the dirt. Israel, which has plunged the Gaza Strip into one of the world’s worst humanitarian crises, has now begun to ban fuel supplies and sever electrical service. The severe deprivation, the Israelis hope, will see the overthrow of the Hamas government in Gaza and the reinstatement of Palestinian President Mahmoud Abbas, who has become the Marshal Pétain of the Palestinian people.

The Dallas trial—like all of the major terrorism trials conducted by this administration, from the Florida case against the Palestinian activist Dr. Sami al-Arian, which also ended in a mistrial, to the recent decision by a jury in Chicago to acquit two men of charges of financing Hamas—has been a judicial failure. William Neal, a juror in the Dallas trial, told the Associated Press that the case “was strung together with macaroni noodles. There was so little evidence.”

Such trials, however, have been politically expedient. The accusations, true or untrue, serve the aims of the administration. A jury in Tampa, Chicago or Dallas can dismiss the government’s assaults on individual rights, but the draconian restrictions put in place because of the mendacious charges remain firmly implanted within the system. It is the charges, not the facts, which matter.

Dr. al-Arian, who was supposed to have been released and deported in April, is still in a Virginia prison because he will not testify in a separate case before a grand jury. The professor, broken by the long ordeal of his trial and unable to raise another million dollars in legal fees for a retrial, pleaded guilty to a minor charge in the hopes that his persecution would end. It has not. Or take the case of Canadian citizen Maher Arar, who in 2002 was spirited away by Homeland Security from JFK Airport to Syria, where he spent 10 months being tortured in a coffin-like cell. He was, upon his release, exonerated of terrorism. Arar testified before a House panel this month about how he was abducted by the U.S. and interrogated, stripped of his legal rights and tortured. But he couldn’t testify in person. He spoke to the House members on a video link from Canada. He is forbidden by Homeland Security to enter the United States because he allegedly poses a threat to national security.

Those accused of being involved in conspiracies and terrorism plots, as in all police states, become nonpersons. There is no rehabilitation. There is no justice.

"He was never given a hearing nor did the Canadian consulate, his lawyer, or his family know of his fate,” Amnesty International wrote of Arar. “Expulsion in such circumstances, without a fair hearing, and to a country known for regularly torturing their prisoners, violates the U.S. Government’s obligations under international law, specifically the Convention against Torture and Other Cruel, Inhuman, or Degrading Treatment or Punishment.”

The Bush administration shut down the Holy Land Foundation for Relief and Development six years ago and froze its assets. There was no hearing or trial. It became a crime for anyone to engage in transactions with the foundation. The administration never produced evidence to support the charges. It did not have any. In the “war on terror,” evidence is unnecessary. An executive order is enough. The foundation sued the government in a federal court in the District of Columbia. Behind closed doors, the government presented secret evidence that the charity had no opportunity to see or rebut. The charity’s case was dismissed.

The government has closed seven Muslim charities in the United States and frozen their assets. Not one of them, or any person associated with them, has been found guilty of financing terrorism. They will remain shut. George W. Bush can tar any organization or individual, here or abroad, as being part of a terrorist conspiracy and by fiat render them powerless. He does not need to make formal charges. He does not need to wait for a trial verdict. Secret evidence, which these court cases have exposed as a sham, is enough. The juries in Tampa, Chicago and Dallas did their duty. They spoke for the rights of citizens. They spoke for the protection of due process and the rule of law. They threw small hurdles in front of the emergent police state. But the abuse rolls on. I fear terrorism. I know it is real. I am sure terrorists will strike again on American soil. But while terrorists can wound and disrupt our democracy, only we can kill it.