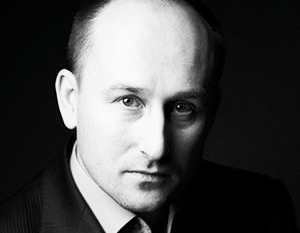 by Nikolai Starikov for Vzgiad
(translated by the Russian Team)

The West is so used to the one-sided game that they seem genuinely surprised that Russia has responded to the West’s sanctions against her.

That’s ok, let them get used to it. Whoever will come to us with a sword by the sword will perish. That is only when we are talking about a battle sword and a "hot" war. If this is an economic war where the weapons are prohibitions and sanctions, the aggressor will end up getting more than he asked for.

I support with both hands the introduction of the retaliatory sanctions against countries, which in turn tried to "sanction" Russia. For many reasons:

- it is good for our economy and our producers;

- it is important for the self-respect of our people, who never failed to punish an offender, who lost the sense of reality;

- it is necessary to foster the respect for Russia not only inside the country but also beyond its borders.

Russia is a superpower; we retrieved this status again after the reunification with Crimea. Therefore, the boorish attitude towards Russia as a guilty child, who must be punished and taught a lesson, is futile.

From now on, any aggressor must get used to the fact that he will pay dearly for his aggression. Retribution will be measured by the degree of the aggression.

As it has already happened many times in history, we didn’t start the confrontation. This is Russia who is being "punished" because ... a war is going on near our borders, after explicit and practically overt support of the coup d’état in Ukraine by the West. This is NATO that threatens to expand its infrastructure near our borders. This is our territory that is being shelled from the conflict zone.

The West itself is not in danger. Russia does not take any hostile actions towards the West near its borders. But we are being punished. Well, we will punish you. You need us more than we need you.

From now on, not a single cannon has the right to shoot near our borders without our permission. The world should understand it and remember. That’s how it was since the times of Empress Elizabeth Petrovna to the times of Leonid Brezhnev.

No one has the right to shoot near our borders without our permission, and especially across it.

The whole European part of Eurasia is the area of our vital interests. Get used to it, gentlemen "partners".

That’s how it was and that’s how it should be now. In the meantime, military and economic guns are shooting not only without our permission, but at us. Therefore, the shooters must and will be punished.

Punished severely. That’s enough! Our kindness is mistakenly decrypted by the West as our weakness.

It's time to answer aggression and political pressure on Russia with pain inflicting techniques.

Just over a week ago in the article "Pain inflicting techniques in the protection of Russia" I wrote the following:

"It’s time for Russia to switch to a policy of pain inflicting techniques. Further continuation of the policy of peace only allows our enemies to increase their strength. We must stop simply smiling and respond to the attacks on us.

Our actions should be faster and more painful than the blows of our opponents. As like in the ring, where against a heavyweight boxer, the weaker athlete can have only one advantage: speed.

And deliver painful blows to the sensitive spots of a stronger opponent. What are the pain points of our geopolitical "partners"? You need to understand, evaluate and pick them out.

So that's what happened. We understood, appreciated, and made our choice. And we have answered.

According to the measures for implementation of the Presidential Executive Order No 560 of 6 August 2014 “On Adopting Special Economic Measures to Provide for Security of the Russian Federation” a 1-year ban has been introduced on the imports of agricultural products, raw materials, and foodstuffs from the following countries:

2. milk and dairy products, vegetables, fruits and nuts, sausages and similar products, and other variety meat (including finished food products made on their basis).

3. processed foods, cheese, cottage cheese and other dairy products based of vegetative fats.

It needs to be emphasized that the RF’s embargo on products from the Western countries does not extend to baby food imports and to individuals bringing in goods from countries on Russia’s sanctions list.

In addition, Russia has imposed a ban on the transit of Ukrainian airlines’ flights through its airspace. "There is one solution which was issued by the government. We’re referring to the suspension of Ukrainian airlines’ transit flights through Russian airspace to a number of countries – Azerbaijan, Georgia, Armenia and Turkey," said D.A. Medvedev.

The sanctions that can be further implemented:

1. An airspace ban against European and US airlines that fly over our airspace to Eastern Asia, namely, the Asia-Pacific Region.

2. Changing the so-called Russian airspace entry and exit points for European scheduled and charter flights. This will affect transportation costs and fare prices for the Western carriers.

"Our country is ready to revise the rules of using the trans-Siberian routes, that is, to denounce the agreed upon modernisation principles of the existing system, - stated the Prime Minister D.A. Medvedev. - This revision will apply in full to the EU countries. We will also discontinue talks with the US air authorities on the use of the trans-Siberian routes.”

The response to the aggression is not only justified, but is the only right step for Russia. However, Russia is ready to stop the confrontation and to start a peaceful and mutually beneficial cooperation.

Russia was forced to introduce the sanctions in response to those countries which have declared economic sanctions against us. This is a clear signal to everybody else: don't even think about it! It’ll cost you. Note that our sanctions will remain valid for one year.

It’s enough for our "partners" to feel the pain and to change their minds. If this didn’t help, the sanctions can be extended. We’ll introduce them to new sectors where they will hurt you most, and will be suitable for us.

This is our country, and thus, the rules will also be ours. We have played by your rules long enough. Thank you, our dear partners that you have now abolished your own rules. This has delivered us from the need to withdraw unilaterally.

You didn’t expect this?

Nikolai Starikov is the co-chair of the all-Russian political party "Party of the Great Fatherland" (POF), writer, publicist
Posted by VINEYARDSAKER: at 22:49