The recent and controversial changes to Google's privacy policy have reignited many of the old disputes about Google's privacy policies.  Even beyond the issue of Google itself, more and more people are sounding the alarm that our rights are being put gravely at risk by the new technologies.  And they sure have a point: threats are emerging on all levels.  More often then not, those who warn of the threats also suggest solutions, some better than others, and I think that it would be helpful to take a bird's eye view of these new threats to classify them in general categories and then to see which of them affect each one of us.  Notice that I speak of threat, not of danger.  'Danger' is a diffuse concept, whereas 'threat' is specific.  You cannot counter a danger, but you can counter a threat.  I will therefore try to be as specific as possible in identifying the specific threats which threaten our privacy and rights.
Actors:
First, there are basically three type of entities which might threaten us:
1. Governments.  Regardless of their specific technological sophistication or financial resources, all governments have two features which, when combined, makes them unique: governments have larger resources than individuals and they have the law on their side.  Sure, sometimes governments break laws (often, in fact!), but the cops and the courts are basically on their side and that gives them a big advantage over everybody else.
2. Corporations.  The technological and financial resources of corporations are often larger than the ones of governments, and the corporations often have a cozy relationship with governments, but they do not have the quasi automatic legitimacy which governments have and they cannot brake laws as brazenly as government do.  Corporations also pursue a different primary goal.  If governments are about power, corporations are about money.  The two are, of course, very closely linked, but they are distinct, and they can imply different goals and methods.
3.  Individuals.  That is pretty much everybody else, from the pimply script-kiddie, to the jealous husband, to the savvy computer hacker or cracker - all of which can threaten your privacy and rights.
So the first question which each person has to answer for himself/herself is this: whom am I concerned about, against whose actions am I trying to protect myself?
Offensive strategies:
There are two fundamental type of offensive strategies which any attacker will use to threaten you:
1. Targeted attack: this is the situation in which you, personally, as an individual (not as a member of a group) are the target.
2. Group or "dragnet" attack: in this case the effort is primarily aimed at identifying you.  This attack will typically be directed at some identified group and its main purpose will be to isolate the few real target from the many false-positives.  Individuals thus identified then become the subject of a targeted attack. 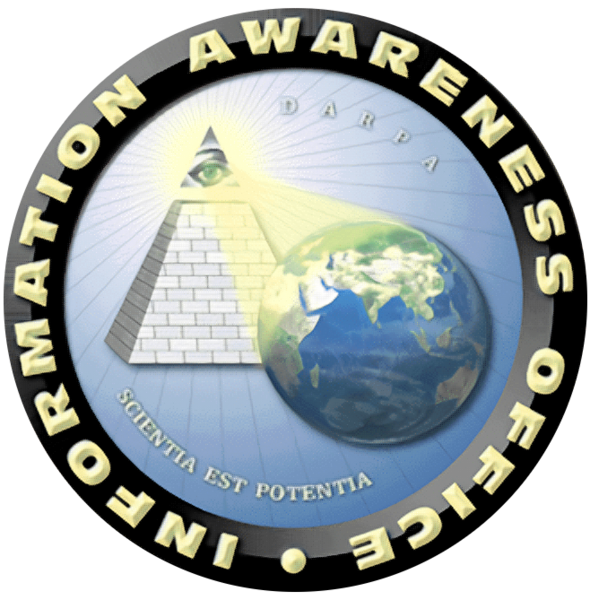 The real risk is, of course, that governments can easily patch themselves into corporate databases and then run the collected data through sophisticated data-mining applications (such as Able Danger).  Combined with specialized packet-sniffing applications (such as NarusInsight).  This is what Uncle Sam attempted when he created of the (now "officially defunct") Total Information Awareness (TIA).  Furthermore, the government can also create front corporations which are technically not subject to the type of legal restrictions which government agencies are operating under.  Lastly, the government can even contract foreign entities to conduct spying operations against its citizens inside its own borders.  Just check the mind-boggling number of US software, data-mining, telecommunications and other companies which are Israeli or run by Israelis (such as Narus I mentioned above, but also the infamous Amdocs or Comverse companies).  It would not be an exaggeration to say that Israel has a total informational awareness of what is going on inside the USA.  (Thanks AIPAC!).
But remember, you don't care that they have access to your truly private 95% of information, right?  Sure, it bothers you, it is a violation of your civil rights, but this is not something anyone of us can fight.  Yes, there are organizations like the EFF which does a wonderful job trying to fight these SOBs in court, and I fully support them (by being a contributing member), but I don't hold my breath.  Let's face it - Uncle Sam has long ago stopped paying attention to such trivial matters like the law of the land or the US Constitution.  So while we can protest and object to the violation of our 95% of theoretically protected privacy, we all can also agree that what really matters to us is the remaining 5%.
It is, in fact, easy to confuse or mislead the big corporations.  All you need to do is present them with a moving target: use various email accounts, try to develop many credible 'Internet identities' with plausible sounding names and even addresses (its not illegal to advertise a fake address on the Internet), share Internet identities with a few close friends, etc.  Use these Internet entities when posting on forums and don't use wannabe hacker aliases like #xOPc84xx but rather choose a banal "Ed Taylor".  You can also use the names of existing people as long as you do not steal anything from them and as long as you do not make fraudulent payments (in fact, by using their name you help them by confusing the bad guys!).  The more credible "Internet identities" you establish, the harder it will be for any snooping corporation to find out who is who.
This is all fun and marginally effective at misleading the corporate world, but they still hold a trump card: payments.  It is almost impossible to pay for something anonymously (there is a reason why the otherwise excellent Bitcoin system is opposed by both corporations and governments) and in most situations it might even be illegal.  Likewise, using a fake delivery address is complicated.  So here, again, I think the countermeasure is not to worry about 95% of your purchases and focus only on the 5% which you want to keep private.  For them, exclusively use cash, the only private payment method out there.

Don't worry too much about your 95% - this information will most likely not be used against you as an individual.  Simply assume that all your emails are parsed for information, not only be Google, but by everybody out there.  Consider their contents as de-facto public knowledge.  And try not to to land on some list of "suspicious individuals" (which for Uncle Sam includes Ron Paul supporters, peace activists, nature lovers and all sorts of equally 'dangerous' categories).
As for the remainder 5%, either you want to keep it away from any computer networks, or upload it encrypted and in a way that cannot be traced to your identity.
If you do that, then I think that using Google, a smartphone and Amazon is fine, there is no need to be paranoid about it.  Remember, there is safety in numbers, and it is only when you stand out that you really are threatened.
The Saker

PS: I am not a IT security expert at all, so I might have missed something or otherwise gotten it wrong.  So, as usual, I invite you to share your comments, opinions and criticisms with the rest of us by posting them in the comments section below.  Any good ideas or advice on how to protect ourselves against Big Brother are also most welcome!

Many thanks in advance and kind regards!
Posted by VINEYARDSAKER: at 16:02