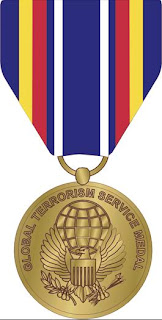 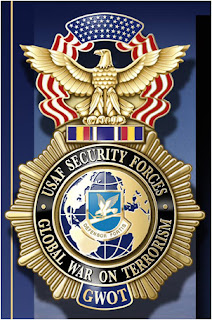 This is really nothing new. After all, the U.S. Army's Combat Applications Group (full name: 1st Special Forces Operational Detachment-Delta, the so-called "Delta Force") has already been used against the Branch Davidians in Waco, Texas. What is new is that now the participation of US military special forces in violation of the Posse Comitatus Act is made official.

There is a logic at work here. Since the USA is fighting a GWOT (Global War on Terror) then its global nature justifies using military assets inside the USA and since Congress essentially granted the Presdent the authority to do whatever he wants to win the GWOT - he can use military special forces inside the country anytime he wants.

Thus dies the American Republic.
--------
The Washigton Post outlines the plans for a internal Special Operations Command in the USA.

The U.S. Northern Command, the military command responsible for "homeland defense," has asked the Pentagon if it can establish its own special operations command for domestic missions. The request, reported in the Washington Examiner, would establish a permanent sub-command for responses to incidents of domestic terrorism as well as other occasions where special operators may be necessary on American soil.

The establishment of a domestic special operations mission, and the preparation of contingency plans to employ commandos in the United States, would upend decades of tradition. Military actions within the United States are the responsibility of state militias (the National Guard), and federal law enforcement is a function of the FBI.

Employing special operations for domestic missions sounds very ominous, and NORTHCOM's request earlier this year should receive the closest possible Pentagon and congressional scrutiny. There's only one problem: NORTHCOM is already doing what it has requested permission to do.

When NORTHCOM was established after 9/11 to be the military counterpart to the Department of Homeland Security, within its headquarters staff it established a Compartmented Planning and Operations Cell (CPOC) responsible for planning and directing a set of "compartmented" and "sensitive" operations on U.S., Canadian and Mexican soil. In other words, these are the very special operations that NORTHCOM is now formally asking the Pentagon to beef up into a public and acknowledged sub-command.

NORTHCOM's compartmented and sensitive operations fall under the Joint Chiefs of Staff "Focal Point" program, a separate communications and planning network used to hide special operations undertaken by the Joint Special Operations Command, headquartered in North Carolina, and by CIA and other domestic compartmented activities.

Since 2003, the CPOC has had a small core of permanent members drawn from the operations, intelligence and planning directorates. In an emergency, the staff can be expanded. According to NORTHCOM documents, CPOC is involved in planning for a number of domestic missions, including:

What are all of these programs? CPOC's basic missions include responding to incidents of weapons of mass destruction, support for continuity of government, protection of the president, response to domestic terrorism and insurrection and (presumably) domestic intelligence collection. ("Special activities" is a euphemism for covert operations.)

A number of operations plans have been associated with these domestic operations:

-- CONPLAN 0300 is the basic contingency plan for combating domestic terrorism (and may have been folded into newer such plans now under the control of U.S. Special Operations Command).
-- "Power Geyser" is the contingency plan for incidents of weapons of mass destruction in the Washington area. This includes both recovery of a stolen nuclear weapon or disabling of an improvised weapon or dirty bomb.
-- USNORTHCOM Antiterrorism Operations Order 05-01 deals with domestic counterterrorism and domestic intelligence against groups intent on attacking military interests.

With all this going on, for NORTHCOM to ask permission now seems beside the point. Still, it's always better to ask. Isn't it?