Former Sephardi chief rabbi calls for the carpet bombing of 1.4 millions Palestinians living inside the 135 square miles of Gaza strip

Many observers critical of Israel, Zionism or Judaism point out that the object of their hostility is not the Jewish ethnicity (in fact - many of these critics are Jews themselves: Noam Chomsky, Norman Finkelstein, Michael Neumann, Israel Shahak, Amy Goodman, Israel Shamir, Gilad Atzmon are just some of the better known ones), but the ideologies of Zionism or Judaism which are deeply hostile to all non-Jews. There is plenty of evidence that, not unlikey Wahabi/Salafi Islam or traditional Roman Catholicism (as opposed to the modern theological soup the Papacy has become), Judaism often serves as a religious basis for massacres and genocide. A recent example can be found in the Israeli press: according to the Jeruslam Post, rabbi Eliyahu advocates carpet bombing Gaza:

All civilians living in Gaza are collectively guilty for Kassam attacks on Sderot, former Sephardi chief rabbi Mordechai Eliyahu has written in a letter to Prime Minister Ehud Olmert.

Eliyahu ruled that there was absolutely no moral prohibition against the indiscriminate killing of civilians during a potential massive military offensive on Gaza aimed at stopping the rocket launchings. 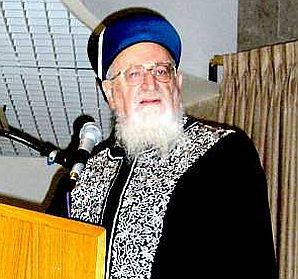 The letter, published in Olam Katan [Small World], a weekly pamphlet to be distributed in synagogues nationwide this Friday, cited the biblical story of the Shechem massacre (Genesis 34) and Maimonides' commentary (Laws of Kings 9, 14) on the story as proof texts for his legal decision.

According to Jewish war ethics, wrote Eliyahu, an entire city holds collective responsibility for the immoral behavior of individuals. In Gaza, the entire populace is responsible because they do nothing to stop the firing of Kassam rockets.

The former chief rabbi also said it was forbidden to risk the lives of Jews in Sderot or the lives of IDF soldiers for fear of injuring or killing Palestinian noncombatants living in Gaza.

Eliyahu could not be reached for an interview. However, Eliyahu's son, Shmuel Eliyahu, who is chief rabbi of Safed, said his father opposed a ground troop incursion into Gaza that would endanger IDF soldiers. Rather, he advocated carpet bombing the general area from which the Kassams were launched, regardless of the price in Palestinian life.

In the letter, Eliyahu quoted from Psalms. "I will pursue my enemies and apprehend them and I will not desist until I have eradicated them."

Eliyahu wrote that "This is a message to all leaders of the Jewish people not to be compassionate with those who shoot [rockets] at civilians in their houses."