Is Russia the ideal enemy for western capitalists?

'Taint evry day we have a war, I got to get stirring'

Most people look at geopolitical interests and at the military-industrial complex, when they think about the economy of war. This might be right for the small ones, but it underestimates the impact of the big ones. Whole industrial empires rose from the profits of war, and not necessary in the areas of weapons production. The Quandt dynasty in Germany (they own f.e. BMW) started from selling uniforms in WWI and continued benefiting from slave labor in WWII. Bertelsmann, one of the biggest global media companies, turned from a tiny publisher of Christian literature to a big publishing house through selling 20 million books to the Wehrmacht. And when the big chemical corporation IG Farben was broken up after WWII, each of the three companies created out of it, BASF, Bayer and Hoechst, was as big as IG Farben itself before the war. They made a handsome profit from synthesized petrol... (not to mention a more gruesome product called Zyklon B).

For an industry desperately looking for demand this is the ultimate Keynesian kick. A big war is programmed obsolescence on speed – products intended for destruction, on a market free of competition, paid for by the customer of last resort, the state, who in his turn posts a bet upon refinancing the cost through plunder. If the bet goes wrong and the war is lost – well, that´s what Swiss bank accounts were invented for...

The present economic crisis is not a financial one. Finance is just the surface. The wave of deindustrialisation sweeping over most of the Western economies during the last decades tells another story. Industry became too efficient; it doesn´t generate enough jobs, therefore it doesn´t hand out wages sufficient to pay for all the products produced. For some time this problem could be covered up by credit-financed consumption and the roving circus of low-cost-country production, but finally it came back to roost. Industrial production recovered nearly nowhere to it´s pre-2008 level; so even if there were a beneficial wizard who took all the states debts out of the system, and all the fictive capital called derivatives or MBS or what-so-ever, it still would be dead-end-street. 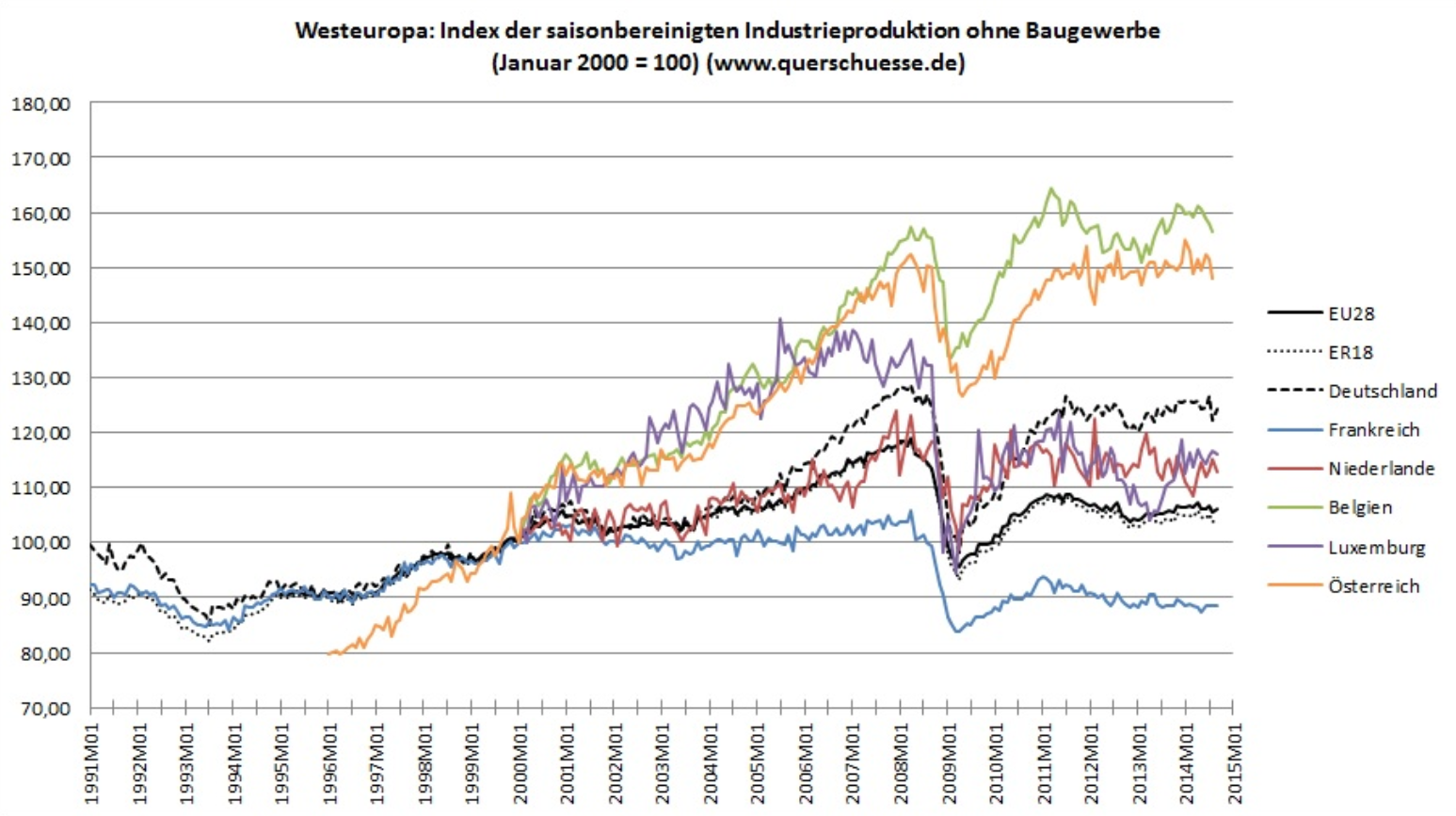 But who wants to relinquish power? Concede that the famous invisible hand turned rheumatic, leave those beautiful mansions with well-cultivated lawns and share an ordinary life? Unimaginable. As long as there is a single card left inside the sleeve the gamble continues. And this last card is called war. On a large scale.

Now, let´s look at it from an economic perspective. There is an enormous need for demand; all those peripheral conflicts simply don´t size up to answer it. They generate profits for small, specialized segments of industry, but they don´t require enough material to set the whole industrial machinery back in motion. They don´t destroy a sufficient quantity of real values, which would also create a need for reconstruction – which values are left over to destroy in Afghanistan?

So what would be the criteria for the ideal enemy? There should be enough bounty, so that the whole enterprise can be refinanced by resources to be stolen. Cross out all countries that lack natural resources. The area that is fought over should contain a sufficient quantity of real values. Scratch out all non-industrial countries The enemy should be able to resist, because time equals demand. Scratch out all countries with weak armies. This seriously limits the choice. Adding the point that it´s not really advantageous to start an attack from the see, you can have a look at the globe and you will end up with one single option. Russia.

Oops. They got nuclear bombs. Isn´t it absolutely insane to risk a nuclear confrontation? It is, but – there are two points to consider.

The first one has to do with human memory. After a certain period, historic research talks about more or less eighty years, an event moves into the realm of legend; as soon as there are too few living persons around that have experienced it themselves. A few weeks ago this split in perception got very visible in German politics – the people who signed the appeal for reasonable politics towards Russia simply belong to an older generation, for them the horrors of Hiroshima and Nagasaki are still real. The politicians who lead at the moment know them only from tales; this is a weak argument against an economic collapse they can see and feel and taste.

The second point is the mindset of the ruling classes themselves. There can be no doubt they are better informed about the real state of capitalism than we are, and even we can read the writing on the wall. So why shouldn´t they play their last card? Just because there is a risk of total oblivion?That doesn´t change much from their point of view. Novels of the 18th and 19th century are full of aristocrats that prefer death over a loss of status. The character-masks of capital pass their lives considering the rest of humankind some type of cattle. And not because they lack brains or suffer from a faulty character; it´s a necessity for their self-legitimation. They couldn´t stand to be what they are and do what they do if they saw the world from a normal perspective. What seems completely irrational therefore turns into a rational choice. A peaceful continuation of collapse will definitely end in them losing their status. A bet on war might end in them losing their lives. And it might not. Marie Antoinette for sure would have turned the planet into a radioactive ashtray without hesitation, if she had the possibility.

It is our tiny problem that we don´t just share the same planet with these people; we still accept their rule.

The quote above is from Brecht´s "Mother Courage".
Posted by VINEYARDSAKER: at 21:08