Will pedophilia be the next paraphilia to be declared a "normal and positive variation" of human sexuality?

A month ago I posted a commentary in support for the decision of the city of Moscow to ban so-called "gay pride" parades.  Just as I expected, the post resulted in somewhat of a firestorm of outraged reactions from those who believe that homosexuality is, to quote Wikipedia,  a "normal and positive variation" of human sexuality.   They were particularly outraged at the fact that I stated that homosexuality was just one form among many other of what is known is paraphilia which also includes such "orientations" as pedophilia, sadism, masochism, sexual fetishism, exhibitionism, voyeurism, necrophilia, nymphomania, etc. (source).  In fact, there is even an increasing body of scientific evidence that pedophilia is not a choice, but a condition, that pedophiles where "born that way" to use one of the favorite slogans of the homo-lobby.  But unlike homosexuals, pedophiles are still offered cognitive, behavioral and pharmacological therapies no, not to cure them - they are considered "incurable" - but to help them with their "symptoms"...
When I pointed out that while homosexuals were asking to be treated like a persecuted minority deserving of some special protections, pedophiles were severely persecuted and prosecuted (just think of the public "sexual predators" databases which list the home address, photo and contact information of any person condemned for, among other crimes, possessing photos of nude children or having sex with an under-age partner) the defenders of homosexuality pointed out that homosexuality is different from pedophilia because it involves two consenting adults whereas sex with underage children implies violence, whether direct or statutory.

What the homo-fanboys missed is that they were comparing apples and oranges.

From a legal point of view homosexuality and pedophilia are, indeed, totally different for the above mentioned reasons.  However, from a psychological point of view, they are not.  Let me clarify: nobody will ever send a person to jail for having pedophile inclinations, only for acting on them.  Somebody who is sexually attracted to children is considered as having a sexual disorder (i.e. sick) and only considered a criminal if he/she acts on this psychopathology.  But if we take this legal/psychopathological distinction to the issue of homosexuality we can just as easily accept the possibility that homosexuality is a psychopathology, a sexual disorder just like pedophilia, and that the only difference between homosexuality and pedophilia is that the latter is considered criminal by society if acted upon.
But are there any experts making the case that pedophilia is, to use this wonderful expression of Wikipedia, just a "normal and positive variation" of human sexuality?  Turns out that yes, there are.
I just came across this rather amazing article, which I want to share with you.  I have bolded out the parts which appear most interesting to me.
Check out this article:

OTTAWA, Ontario, February 28, 2011 (LifeSiteNews.com) – In a recent parliamentary session on a bill relating to sexual offenses against children, psychology experts claimed that pedophilia is a “sexual orientation” comparable to homosexuality or heterosexuality, a definition that was questioned by one Member of Parliament who was present.

Bill C-54, an Act to Amend the Criminal Code, seeks to increase or impose mandatory minimum penalties or punishment on sexual offenders of children for particular crimes.

Parliamentary discussion on February 14 centered on the mandatory minimum imprisonment and how offenders respond to treatment. Dr. Vernon Quinsey and Dr. Hubert Van Gijseghem, experts on the issue, were called to witness.

“When we speak of therapy or when individuals get therapy and we feel as though everyone is pacified, the good news is often illusory,” said Van Gijseghem, psychologist and retired professor of the University of Montreal.

“Pedophiles are not simply people who commit a small offence from time to time but rather are grappling with what is equivalent to a sexual orientation just like another individual may be grappling with heterosexuality or even homosexuality,” emphasized Van Gijseghem.

However, MP Marc Lemay of the Bloc Quebecois challenged Van Gijseghem’s definition. “I have to admit that I was not expecting, on this Valentine’s Day, to be talking about this inappropriate type of love. It is not really love. It has more to do with violence and control. I am concerned, Professor Van Gijseghem … because you say, if I am not mistaken, that pedophilia is a sexual orientation.”

“That is what I said,” continued Van Gijseghem.

Lemay pursued the point, asking if it therefore should “be compared to homosexuality.”

“Yes, or heterosexuality,” responded Van Gijseghem. “If, for instance, you were living in a society where heterosexuality is proscribed or prohibited and you were told that you had to get therapy to change your sexual orientation, you would probably say that that is slightly crazy. In other words, you would not accept that at all. I use this analogy to say that, yes indeed, pedophiles do not change their sexual orientation.”

During his witness, Quinsey, professor emeritus of psychology at Queen’s University, said that pedophiles’ “sexual interests” “prefer prepubescent children.” “There is no evidence,” he said, “that this sort of preference can be changed through treatment or through anything else.”

“You can manage the risk that sex offenders present - even pedophiles,” added Quinsey, “It’s not necessarily that they need to change their sexual orientation; they need to learn to control themselves, with our help.” “In my opinion, society and no one around this table will accept pedophilia, even if it is a sexual orientation,” said Lemay, “I recall a period, not too long ago, when homosexuality was treated as an illness. It is now accepted, society has accepted it … I cannot imagine pedophilia being accepted in 2011. You are telling me that even if we were to impose a five-year minimum on people it would not solve the problem. Once they get out of jail, they reoffend. That is worrisome.”

One columnist in the Toronto Sun, Brian Lilley, expressed shock at Van Gijseghem’s testimony: “what really shocked me was the Universite de Montreal professor, Dr. Hubert Van Gijseghem, who showed up to tell MPs pedophilia was a sexual orientation just like heterosexuality or homosexuality.” He argued that “it’s time to take our country back by ignoring the ‘experts.’”

Speaking of pedophilia and its acceptance, did you know that Frédéric Mitterrand, former French Minister of Culture and Communication and nephew of the late President of France François Mitterrand, wrote a book called "The Bad Life" in which he openly admitted using boys in Thai brothels?  Here is the relevant Wikipedia section on this book:

Mitterrand's autobiographical novel The Bad Life (French: La mauvaise vie) was a best seller in 2005. In the book he details his "delight" whilst visiting the male brothels of Bangkok, and writes, "I got into the habit of paying for boys ... The profusion of young, very attractive and immediately available boys put me in a state of desire I no longer needed to restrain or hide." At the time of its release Mitterrand was applauded for his honesty, but he has had to defend his writings after he publicly defended Roman Polanski when Polanski was detained in Switzerland on an American request for extradition for having sex with a thirteen year old girl.  On 5 October 2009, Marine Le Pen of the French National Front Party quoted sections of the book on French television, accusing him of having sex with underage boys and engaging in "sex tourism", demanding that Mitterrand resign his position as culture minister. Amongst others he was also criticised by the Socialist Party spokesman Benoît Hamon, who stated: “As a minister of culture he has drawn attention to himself by defending a film maker and he has written a book where he said he took advantage of sexual tourism. To say the least, I find it shocking.” On the other hand, some conservatives supported Mitterrand, and a close aide to Nicolas Sarkozy said the French President backed his Culture Minister, describing the controversy around him as "pathetic." Mitterrand also insists the book isn't an autobiography, the publisher describes it as a "novel inspired by autobiography" and the BBC refers to it as "autobiographical novel". In his own defence Mitterrand stated, "Each time I was with people who were my age, or who were five years younger – there wasn't the slightest ambiguity – and who were consenting," and that he uses the term "boys" loosely, both in his life and in the book. He also declared, "I condemn sexual tourism, which is a disgrace. I condemn paedophilia, which I have never in any way participated in." 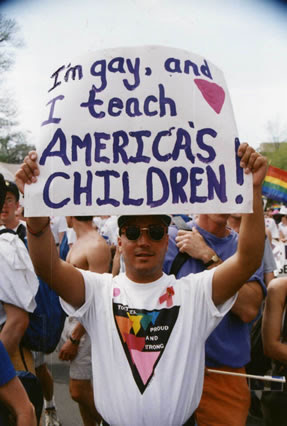 "Let the Western homosexuals do whatever the hell they want in their own countries - that is the West's problem - but don't let them engage in cultural imperialism and demand that the rest of the planet submit to their completely subjective and illogical system of double-standards."

The Saker
Posted by VINEYARDSAKER: at 19:33