How stupid does the US regime think that we all are?

A small team of Americans carried out the operation with extraordinary courage and capability. No Americans were harmed. They took care to avoid civilian casualties. After a firefight, they killed Osama Bin Laden and took custody of his body (...) We give thanks for the men who carried out this operation, for they exemplify the professionalism, patriotism, and unparalleled courage of those who serve our country
Barak Obama
All this totally smacks of a "Jessica Lynch v2" kind of operation.  Remember Jessica Lynch?
In "version one" of her story the blond, blue eyed all-American Private First Class heroically fought hordes of Iraqis manning a 50mm gun all by herself; she was then captured by evil Iraqis, raped, tortured, and eventually freed in a totally brilliant rescue operations by a hodgepodge of US special forces including the glorious and invincible Navy SEALs.  That was all lies, of course.  Turns out that "version two" of her account is like so:  she had been hiding in a truck and wounded, she was taken to a hospital, treated, then the Iraqis put her in an ambulance and tried to deliver her to US troops only to end up being shot at by the latter.  When the US supermen came into the hospital the Iraqis were quite delighted at handing her over.  Our glorious rescuers then staged a fake battle for cameras which was shown the the public.  In fact, their entire "rescue operation" was as easy as a UPS package pickup.
Well, sure looks to me that the "best soldiers in the world" did it again.  This time "version one" was supposed to go like this: after a 40min firefight the glorious and super-dooper hyper-secret SEAL Team 6 (aka "DEVGRU") cornered the evil Osama Bin Laden who was hiding behind a woman cowardly using her as a human shield.  Evil Osama then opened fire with a Kalashnikov and our Navy supermen then had to shoot him down.
We know are finding out that "version two" really  went something like this: OBL, assuming it was really him and that he was still alive, was with his private doctor (the shot female).  There were no weapons or explosives anywhere in the house.  There never was a firefight since not a single round was ever fired at the glorious in invincible SEAL Team Six who having easily take OBL into custody simply shot him in front of his family and carried his body away.  The glorious and invincible SEAL Team Six did manage to have such a mechanical breakdown in their super-dooper, specially modified, helicopter that one crashed practically on site and they had to blow it up and abandon it.
So we can only surmise that when Obama speaks about 'extraordinary courage and capability' he is referring to the extraordinary courage needed for a group of 20-25 heavily armed men to shoot point-blank one unarmed and sick man (OBL had major kidney problems) who opposed no resistance whatsoever.
And then comes the totally surreal issue of OBL's body.  It was dumped, Mafia-style, in the sea out of a deep desire to "respect Islamic law" and to avoid ending up with some kind of shrine built (if he was buried on land).  Except.  Except that the only Muslims who would have enough sympathy to go on a pilgrimage to OBL's hypothetical place of burial on land would have be a Wahabi (most Muslims hate OBL and what he stands for).  And Wahabism forbids the making of shrines from tombs, so that entire concern with OBL shrines is silly.  As for the disposal at sea, once the "shrine" argument falls aside, there is no rationale left for not burying him on land.  Except, of course, if you are afraid that somebody might found out something about the body or the circumstances of its death.  In fact, Obama is so afraid of OBL's body that he does not even want to publish a photo of it.  Because it might 'hurt sensitivities'.  Nevermind that Saddam Hussein was infinitely more popular than OBL and that, in his case, his execution was filmed (and numerous photos of his dead bodies released).  Saddam's sons also where shown dead.  No need for extra 'sensitivity' in this case I suppose. 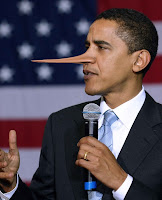 The entire business of OBL's alleged death is a uniquely American mixture of Disney-like story telling, a Mafia-style lack of decency or honor, and a Clinton-like inability to say even a single word of truth.
Instead of chanting the "USA! USA! USA!" mantra, Americans would be well advised to think just a little of how utterly disgraceful this entire episode is for the USA and how dreadfully this reflects on the USA's image.
My personal belief is that OBL was a US agent until his very last day on earth (hence the total lack of any security measures at his compound in Pakistan) and that a cynical decision was taken to off him just on time to help out the now universally hated Obama to work on his image, and to push the so-called GWOT (Global War on Terror) into yet another phase which will go something like this: (a totally mythical) "al-Qaeda" will commit some atrocity in "revenge" for OBL assassination, the USA will have another major panic attack, domestic issues will be forgotten, a more fascist laws and policies will be immediately implemented as a "defensive measure" against the "new global threat".  Hey, it's going to be 10 years since 9/11.  Maybe we all need another "9/11" to rekindle our ability to switch off any critical thinking and to cheerfully agree to more "defensive" laws and wars.
Are we really as stupid as our leaders think we are?
The Saker
Posted by VINEYARDSAKER: at 22:52