Moqawama.org reports:
I take refuge in Allah from the stoned devil. In the Name of Allah, The Compassionate, The Most Merciful. Praise be to Allah, The Lord of the world. Peace be on the Seal of prophets, our Master and Prophet Abi Al Qassem Mohammad and on his chaste and pure Household, chosen companions and all prophets and messengers. The gentle religionists, the gentle MPs, brothers, and sisters, God's peace, mercy and blessings be upon you.
Today we meet to express our consolidation with our Arab peoples, their revolutions, uprisings, and sacrifices, mainly with the people of Tunisia - we have started chronologically - then Egypt, Bahrain, Libya, and Yemen.
The value of this consolidation is spiritual, political, and ethical, as for its effects, they are primarily spiritual since the origin of what is going on today and what might determine the fate of an uprising here and a revolution there, a resistance here and a resistance there, is the steadfastness and resistance of the peoples. In the first place, this is with their faith and high spirits.
You and I remember well the harsh days of the July War, the scandals of which we smell nowadays in Wikileaks. You remember well that in those days, any talk in any place of the world, any celebration, demonstration, sit-in, throng, speech, statement, or declaration affected well and positively the spirits of the Resistance, the steadfast, the dislodged, and the fighters. This is the case of the rebellious peoples these days.
We are here today to tell them: We are with you, we support you, we press your hands, we feel glad when you do, and we are sad when you are. We supplicate to God to grant you victory, and we offer ourselves and say: We are ready to help and assist you with all that your sake and ours might require. We offer our capacities and capabilities to be by your side.
I will speak - my brothers and sisters - about different topics and a group of common topics among these peoples. I will give a very brief word concerning every country, and I will tackle the issue of Bahrain a little bit more upon the sectarian controversy of the special issue, the special complexity present there, responsibilities, and required initiatives. Then I will leave some time to talk about the recent Lebanese developments, which need to be tackled.
Firstly: We reiterate that these revolutions are the peoples' own wills.
Any accusation that claims that America is behind these revolutions, has incited and stirred them, and is leading them represents a false, unjust accusation of these peoples, especially if we talk about these five systems, which are allies to America. They are systems that follow America and harmonize with it, that have offered and still offer services for the American plot, and that do not constitute any threat to the American policy - which is "Israel" in the Middle East Region. Is it logical that the American government criticizes obedient, harmonizing, submissive, and ally systems and incites popular revolutions?
This is illogical, especially when America knows very well - upon polls, surveys, and public and intelligence information - that the awareness and insight of these peoples has now become obvious and that these peoples have a very aware, steadfast, and committed attitude against the American policy and government and against the presence of "Israel". Thus, how could the American government incite revolutions of peoples who are aware, have foresight and are well-determined, without knowing what consequences these revolutions will result in and what alternatives these peoples will produce at the level of governments and systems? So this is a false and unjust accusation.
Had we been talking of a withstanding, resistant system that does not submit to the will of the United States of America or the American plot, a system that withstands and challenges Israel, a system that is then objected by protests, then we could have wondered - excluding prejudice - whether it is likely to be discussed that there are provocateurs and inciters against this system. But can some say that these are American revolutions against systems submissive to the U.S.A.? This is unaccepted - as is the ridiculous accusation of Al Qaeda to have incited the Libyan revolution and the ridiculous accusation of Iran to have provoked the uprising of the people in Bahrain.
Secondly, I will be concise with the topics, as there is much to say. These are true, popular revolutions that people have launched - primarily youth - then men, women, children, and elders, who were followed by elites and then political powers. These revolutions are based on faith, awareness, anger, enthusiasm - and most important - great readiness for sacrifice. This is what the counteractive systems cannot ignore about these peoples.
We have watched televisions and seen, with our own eyes, youth challenging guns to shoot them, and they were shot. We've seen this in Tunisia, Egypt, Bahrain, Yemen, and Libya. But it doesn't stop here; afterwards, other youth challenge bullets and guns. 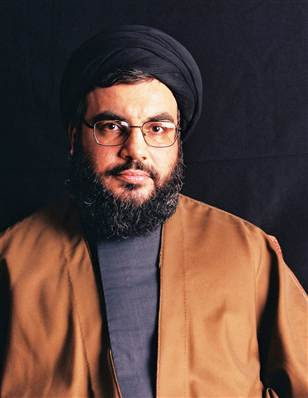