Exclusive: Eager for new ‘Curveball,’ CIA may have been duped by Iranian double agent

By Gareth Porter for the Raw Story
Despite an Iranian claim that scientist Shahram Amiri was a double agent who gave Iran an “intelligence victory” over the CIA, US officials continue to maintain the line that Amiri had been a valuable long-term US intelligence asset who had provided valuable intelligence on the Iranian nuclear program before he returned to Iran out of concern for the family he had left behind. 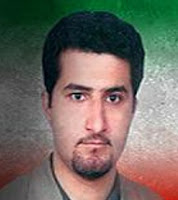