By Michael Hudson for Frankfurter Allgemeine Zeitung via Information Clearing House
The easiest way to understand Europe’s financial crisis is to look at the solutions being proposed to resolve it. They are a banker’s dream, a grab bag of giveaways that few voters would be likely to approve in a democratic referendum. Bank strategists learned not to risk submitting their plans to democratic vote after Icelanders twice refused in 2010-11 to approve their government’s capitulation to pay Britain and the Netherlands for losses run up by badly regulated Icelandic banks operating abroad. Lacking such a referendum, mass demonstrations were the only way for Greek voters to register their opposition to the €50 billion in privatization sell-offs demanded by the European Central Bank (ECB) in autumn 2011.
The problem is that Greece lacks the ready money to redeem its debts and pay the interest charges. The ECB is demanding that it sell off public assets – land, water and sewer systems, ports and other assets in the public domain, and also cut back pensions and other payments to its population. The “bottom 99%” understandably are angry to be informed that the wealthiest layer of the population is largely responsible for the budget shortfall by stashing away a reported €45 billion of funds stashed away in Swiss banks alone. The idea of normal wage-earners being obliged to forfeit their pensions to pay for tax evaders – and for the general un-taxing of wealth since the regime of the colonels – makes most people understandably angry. For the ECB, EU and IMF “troika” to say that whatever the wealthy take, steal or evade paying must be made up by the population at large is not a politically neutral position. It comes down hard on the side of wealth that has been unfairly taken.
A democratic tax policy would reinstate progressive taxation on income and property, and would enforce its collection – with penalties for evasion. Ever since the 19th century, democratic reformers have sought to free economies from waste, corruption and “unearned income.” But the ECB “troika” is imposing a regressive tax – one that can be imposed only by turning government policy-making over to a set of unelected “technocrats.”
To call the administrators of so anti-democratic a policy “technocrats” seems to be a cynical scientific-sounding euphemism for financial lobbyists or bureaucrats deemed suitably tunnel-visioned to act as useful idiots on behalf of their sponsors. Their ideology is the same austerity philosophy that the IMF imposed on Third World debtors from the 1960s through the 1980s. Claiming to stabilize the balance of payments while introducing free markets, these officials sold off export sectors and basic infrastructure to creditor-nation buyers. The effect was to drive austerity-ridden economies even deeper into debt – to foreign bankers and their own domestic oligarchies.
This is the treadmill on which Eurozone social democracies are now being placed. Under the political umbrella of financial emergency, wages and living standards are to be scaled back and political power shifted from elected government to technocrats governing on behalf of large banks and financial institutions. Public-sector labor is to be privatized – and de-unionized, while Social Security, pension plans and health insurance are scaled back.

This is the basic playbook that corporate raiders follow when they empty out corporate pension plans to pay their financial backers in leveraged buyouts. It also is how the former Soviet Union’s economy was privatized after 1991, transferring public assets into the hands of kleptocrats, who worked with Western investment bankers to make the Russian and other stock exchanges the darlings of the global financial markets. Property taxes were scaled back while flat taxes were imposed on wages (a cumulative 59 percent in Latvia). Industry was dismantled as land and mineral rights were transferred to foreigners, economies driven into debt and skilled and unskilled labor alike was obliged to emigrate to find work.
Pretending to be committed to price stability and free markets, bankers inflated a real estate bubble on credit. Rental income was capitalized into bank loans and paid out as interest. This was enormously profitable for bankers, but it left the Baltics and much of Central Europe debt strapped and in negative equity by 2008. Neoliberals applaud their plunging wage levels and shrinking GDP as a success story, because these countries shifted the tax burden onto employment rather than property or finance. Governments bailed out banks at taxpayer expense.
It is axiomatic that the solution to any major social problem tends to create even larger problems – not always unintended! From the financial sector’s vantage point, the “solution” to the Eurozone crisis is to reverse the aims of the Progressive Era a century ago – what John Maynard Keynes gently termed “euthanasia of the rentier” in 1936. The idea was to subordinate the banking system to serve the economy rather than the other way around. Instead, finance has become the new mode of warfare – less ostensibly bloody, but with the same objectives as the Viking invasions over a thousand years ago, and Europe’s subsequent colonial conquests: appropriation of land and natural resources, infrastructure and whatever other assets can provide a revenue stream. It was to capitalize and estimate such values, for instance, that William the Conqueror compiled the Domesday Book after 1066, a model of ECB and IMF-style calculations today.
This appropriation of the economic surplus to pay bankers is turning the traditional values of most Europeans upside down. Imposition of economic austerity, dismantling social spending, sell-offs of public assets, de-unionization of labor, falling wage levels, scaled-back pension plans and health care in countries subject to democratic rules requires convincing voters that there is no alternative. It is claimed that without a profitable banking sector (no matter how predatory) the economy will break down as bank losses on bad loans and gambles pull down the payments system. No regulatory agencies can help, no better tax policy, nothing except to turn over control to lobbyists to save banks from losing the financial claims they have built up.
What banks want is for the economic surplus to be paid out as interest, not used for rising living standards, public social spending or even for new capital investment. Research and development takes too long. Finance lives in the short run. This short-termism is self-defeating, yet it is presented as science. The alternative, voters are told, is the road to serfdom: interfering with the “free market” by financial regulation and even progressive taxation. 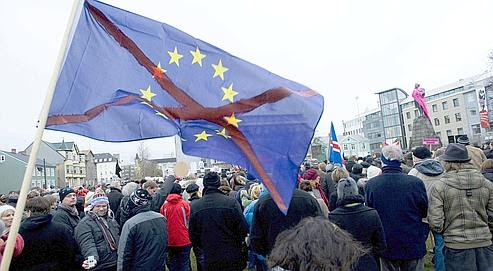 There is an alternative, of course. It is what European civilization from the 13th-century Schoolmen through the Enlightenment and the flowering of classical political economy sought to create: an economy free of unearned income, free of vested interests using special privileges for “rent extraction.” At the hands of the neoliberals, by contrast, a free market is one free for a tax-favored rentier class to extract interest, economic rent and monopoly prices.
Rentier interests present their behavior as efficient “wealth creation.” Business schools teach privatizers how to arrange bank loans and bond financing by pledging whatever they can charge for the public infrastructure services being sold by governments. The idea is to pay this revenue to banks and bondholders as interest, and then make a capital gain by raising access fees for roads and ports, water and sewer usage and other basic services. Governments are told that economies can be run more efficiently by dismantling public programs and selling off assets.
Never has the gap between pretended aim and actual effect been more hypocritical. Making interest payments (and even capital gains) tax-exempt deprives governments of revenue from the user fees they are relinquishing, increasing their budget deficits. And instead of promoting price stability (the ECB’s ostensible priority), privatization increases prices for infrastructure, housing and other costs of living and doing business by building in interest charges and other financial overhead – and much higher salaries for management. So it is merely a knee-jerk ideological claim that this policy is more efficient simply because privatizers do the borrowing rather than government.
There is no technological or economic need for Europe’s financial managers to impose depression on much of its population. But there is a great opportunity to gain for the banks that have gained control of ECB economic policy. Since the 1960s, balance-of-payments crises have provided opportunities for bankers and liquid investors to seize control of fiscal policy – to shift the tax burden onto labor and dismantle social spending in favor of subsidizing foreign investors and the financial sector. They gain from austerity policies that lower living standards and scale back social spending. A debt crisis enables the domestic financial elite and foreign bankers to indebt the rest of society, using their privilege of credit (or savings built up as a result of less progressive tax policies) as a lever to grab assets and reduce populations to a state of debt dependency.
The kind of warfare now engulfing Europe is thus more than just economic in scope. It threatens to become a historic dividing line between the past half-century’s epoch of hope and technological potential to a new era of polarization as a financial oligarchy replaces democratic governments and reduces populations to debt peonage.
For so bold an asset and power grab to succeed, it needs a crisis to suspend the normal political and democratic legislative processes that would oppose it. Political panic and anarchy create a vacuum into which grabbers can move quickly, using the rhetoric of financial deception and a junk economics to rationalize self-serving solutions by a false view of economic history – and in the case of today’s ECB, German history in particular.
A central bank that is blocked from acing like one