More good news, this time from Greece, Germany and Spain

Very good developments in Europe as shown by these three BBC headlines:

Greece crisis: Far left Syriza pulls out of talks: Alexis Tsipras: "As long as they insist on the bailout, to a policy that the people have rejected, they cannot ensure social stability". The leader of far-left party Syriza will not attend coalition talks on Monday, reports say, plunging Greece into further political disarray.

'Indignants' back in Madrid's Puerta del Sol square. Protesters are back in Puerta del Sol square in the Spanish capital, Madrid, hours after being evicted by police. (...) The square became a focal point for the movement of "indignants", which erupted in response to economic crisis and austerity policies exactly a year ago. Tens of thousands joined marches across Spain this weekend, marking the anniversary of the "indignados" movement and protesting against the fresh austerity drive of the conservative People's Party, which was voted back into office last November. 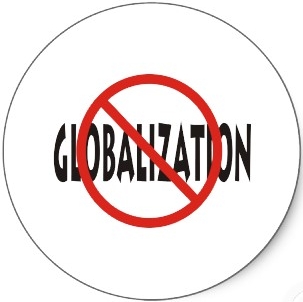 (I love to read the headlines of the BBC.  Ever since the war in Bosnia, the BBC has given up any pretense of objectivity and now faithfully expresses the views of the international plutocracy.   For example, any political party of movement which is not run by, or at least sold out to, the bankers and financiers is, of course, "Far Left") .
The reality is that the protests go far beyond these countries: Italy, Spain, Portugal and even the UK (albeit minimally) have also witnessed anti-capitalist protests.
The bad, if predictable, news is that Mr. Hollande in France is already back-peddling on his campaign promises.  So the struggle is only beginning and should the anti-Imperial forces in Europe gain strength we can expect the Empire to use its two favorite methods to re-gain control of the situation: false flag terror operations and repression.
But so far the momentum seems to be on our side.
The Saker
Posted by VINEYARDSAKER: at 01:46